Indian Association for the Cultivation of Science
» 4th IABS 2023 Conference : An Interdisciplinary Approach to Biological Science

The central focus of Prof Dastidar’s research is crystal engineering with the aim of developing functional materials that range from organic to metal-organic to inorganic materials. He has been involved in developing soft materials such as supramolecular gels, functional coordination polymers and also invented a process to improve the free-flow property of common salt through habit modification.

In one of the various crystallization attempts of organic salts, we discovered that one particular organic salt was capable of hardening a large volume of an organic solvent namely nitrobenzene. After studying the relevant literature, we realized that we accidentally hit upon a very contemporary and materialistically important field of supramolecular gelling agents. Supramolecular gelling agents are important systems to investigate because of their potential applications in materials world today. However, we quickly realized that understanding the gelling mechanism and consequently designing supramolecular gelling agents is extremely difficult mainly because of the lack of molecular level information as to how these gelator molecules self-associate to form three dimensional networks within which the solvent molecules are immobilized. Based on a structure-property correlation approach using single crystal X-ray diffraction data of the gelator and nongelator molecules, my group has established a working hypothesis which enables one to launch a rational approach to the designed synthesis of supramolecular gelling agents. Following this hypothesis and exploiting crystal engineering concepts, my group has successfully synthesized many supramolecular gelling agents (for key references, please see P. Dastidar et al, Chem. Mater., 2003, 15, 3971-3973 as communication paper; Chem. Eur. J., 2004, 10, 5311-5322; Org. Lett. 2006, 7, 1271-1274). My group has also demonstrated, for the first time in the literature, supramolecular gelling agents capable of forming instantaneous gel at room temperature with various organic fluids including commercial fuels such as petrol (Chem. Mater. 2006, 18, 1470-1478). My group has also captured the first crystallographic snap shot of a supramolecular hydrogelator interacting with the gelling solvent, which provided important molecular level information as to how the gelling molecules interact with the gelling solvents (Chem. Comm. 2005, 4059- 4061). Our approach to designing new gelling agents is unique and practical. Today, my group is considered one of the most significant contributors in molecular gels in the international scenario which is evident from the frequent requests from the editors of various high impact factor journals such as Acc. Chem. Res., J. Am. Chem. Soc., Angew. Chem. Int. Ed., Chem. Commun., Chem. Mater., Nature Chemistry etc. to review manuscript. Recently, I have also been invited to contribute an article to a symposium in print on supramolecular gels of Tetrahedron. Very recently, I have also been invited as an instructor in an International Summer School on ‘polymeric and self-assembled gels’ organized by International Center for Materials Research (ICMR), University of California, Santa Barbara. Very recently, I have consolidated the design aspects of supramolecular gelators in a tutorial review article in Chem. Soc. Rev. 2008, 37, 2699–2715.

Soon after accepting the project from Hindustan Lever, I along with my two students dug the century old literature and realized that we will have to make spherical NaCl crystals instead of its natural cubic habit in order to improve on the flow characteristic. The idea came to us based on the simple geometric consideration. Spherical crystallites will have less area of contact and therefore are expected to roll more freely compared to the native cubic crystallites of NaCl. However, modifying the natural cubic habit of NaCl crystals to something spherical appeared impossible. After a through literature search, we found that a half a century old report that described a regular rhombic dodecahedron (RD) shaped crystal of NaCl obtained by using a crystal habit modifier namely glycine. Since RD shaped crystallites are probably the closest analogue of a sphere in the polyhedron family, we decided to work on this direction. Soon we realized that a huge amount (25% w/v) of glycine is required in order to effect the habit modification and the resultant RD crystallites were indeed superior in flow characteristics compared to its natural cubic counterpart. The next challenge was, therefore, to find out a way to recycle glycine so that a practical method of producing near spherical crystals of NaCl could be realized. Since glycine and NaCl are only soluble in water, it was a difficult task to achieve. Eventually we discovered that glycine has a unique solubility characteristic. We found that glycine could be made soluble in saturated brine to the extent of as much as 25 % w/v. This clearly opened the path for recycling glycine. All we did was to wash the RD NaCl crystals with a fresh volume of saturated brine in order to take the co-precipitated glycine and effect further crystal habit modification in the next batch. We also demonstrated that this process was suitable in natural brine system. We published these results in Crystal Growth & Des. 2006, 6, 1591-1594. Soon we were flooded with queries/interviews from various national and international media and many articles were published on our work in ACS press release, The New York Times, New Scientists, Chemical and Engineering News, Foodnavigator.com (France), The Sunday Mail (UK), Indian Express, J. of Chem. Edu. etc. Some of the highlights of the media coverage are given below.

Since the early days of my independent research career started at CSMCRI, Bhavnagar, my group has been actively involved in developing intriguing coordination polymers. The last two decades have witnessed the research activities in the area of coordination polymers (CPs), which are structurally diverse and functionally intriguing materials. In this endeavour, the most exploited ligand has been a structurally rigid N-donor compound having an innocent backbone (incapable of forming hydrogen bond) namely 4,40-bipyridine. Much has been achieved by exploiting this wonder ligand in the area of CPs. However, the positional isomers such as 3,30-bipyridine or 4,30-bipyridine (which understandably induce diverse ligating topology as compared to their more symmetrical 4,40 counterpart) were not exploited in much detail presumably because of the difficulty in their synthetic accessibility. To get access to such N-donor ditopic ligands having diverse ligating topology, much efforts have been focused in the last decade or so to design such positional isomers of 4,40-bipyridine having a non-innocent backbone (capable of forming hydrogen bond). The principal focus of such studies is to decipher the effect of diverse ligating topology and the non-innocent backbone of the ligands on the overall supramolecular structures and functions of the resultant CPs.  Recently, we have consolidated our decade long contribution along with other in a tutorial review coming up in Chem. Soc. Rev. 2012. 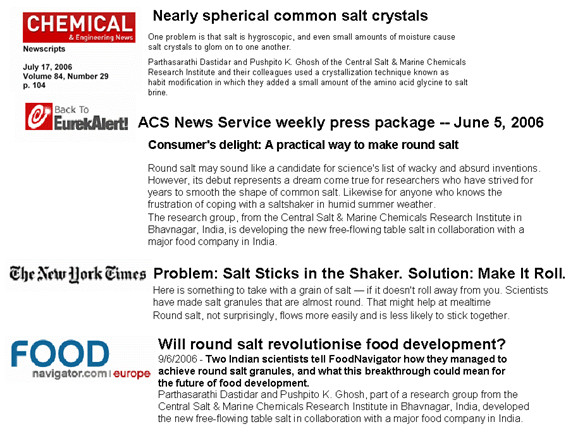 Parthasarathi Dastidar received his PhD degree from Indian Institute of Science, Bangalore in 1994. After a few postdoctoral stints in Tel-Aviv (Israel), UNAM (Mexico) and Wayne State University (USA), he joined CSMCRI, Bhavnagar, India in 1998 as a Scientist and then in 2007 moved to the Dept. of Organic Chemistry, IACS, Kolkata, India where he is currently a Professor in the department organic chemistry. He was an invited JSPS fellow at Osaka University, Japan during 2004. His research interests include crystal engineering, LMOG, coordination polymers, pharmaceutical co-crystals etc.

Will be available soon.

Will be available soon.